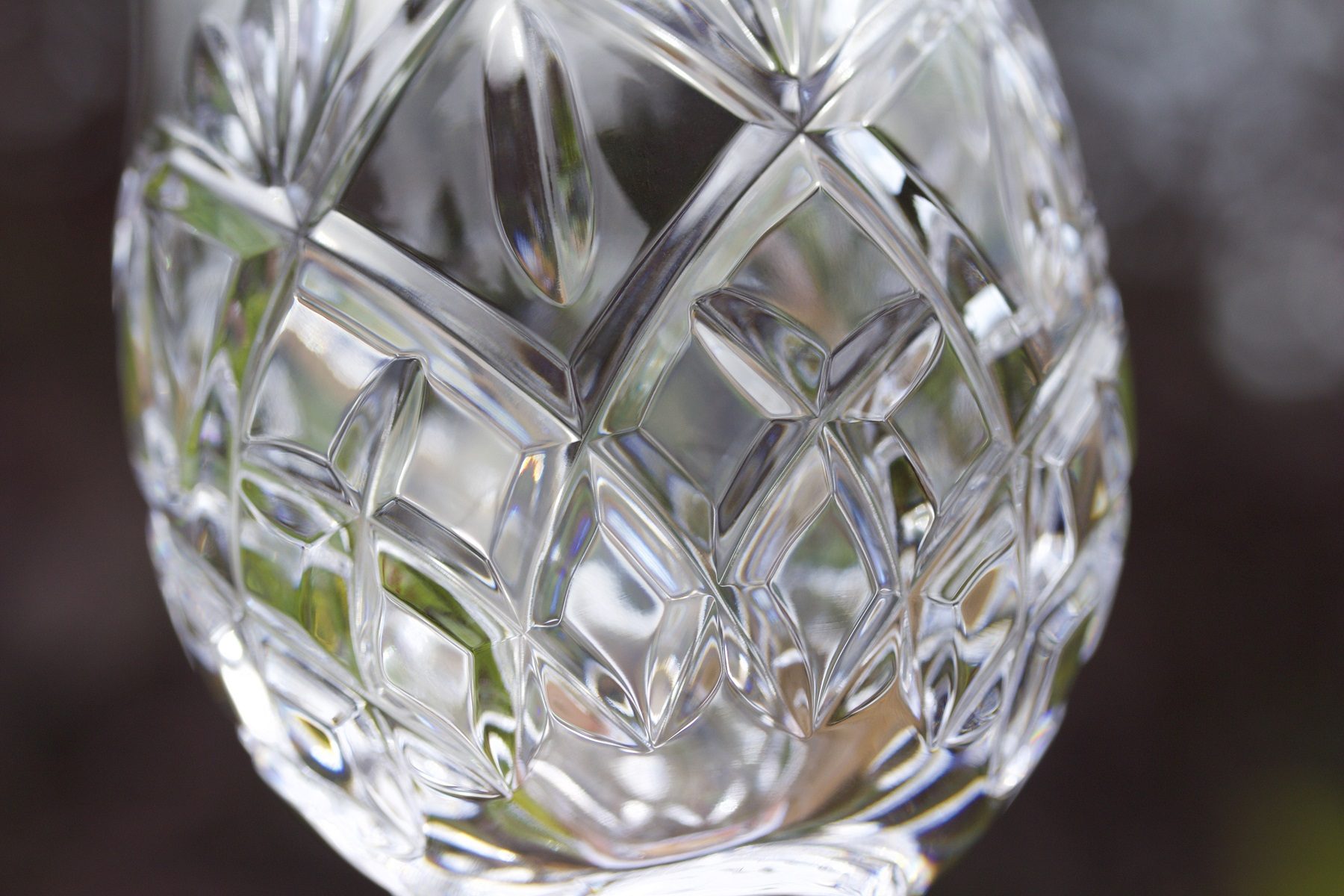 Waterford and Swarovski are two names that stand out when you think of anything crystal. Although they are not true crystals, it is the historic name given to lead crystal or crystalline glassware. The amount of lead added to the mixture adds clarity, among other beneficial properties. To be considered lead crystal, the mixture must contain at least 24 percent lead. Anything less is considered crystalline. Plain glass has no lead added at all. The facets cut into lead crystal disperse the colors of the prism, and the glass has a resounding ring to it.

Waterford lead crystal began in Waterford City, Ireland, in 1783. The factory closed due to taxation in the mid 1850s, and reopened with new owners after WWII. Some of the original patterns were resurrected from past records, as well as new patterns that are still in use today. Waterford crystal makes beautiful bowls, vases, glassware, statues, and ornaments. A Waterford ornament, or Christmas ornament is a treasured keepsake. The Waterford name was etched on its pieces with acid, but the new seahorse logo has been used since 2000. Every year the Waterford manufacturing facility melts down over 750 tons of crystal, and produces over 45,000 pieces. Factory locations and ownership have changed over the years, but the Waterford name still means quality workmanship thanks to the experienced artisans who blow the glass, and cut the patterns into individual pieces using traditional methods. Waterford remains very desirable and collectible in many parts of the world.

Swarovski crystal began in Wattens, Austria. Daniel Swarovski patented an electric cutting machine in 1892 that accelerated the production of crystal glass. In 1899 the logo for Swarovski crystal glass became the edelweiss flower. Daniel Swarovski’s vision was to make an affordable diamond for everyone, thus he is well-known for diamond shaped crystals in many beautiful colors. The company manufactures chandeliers, glassware, sculptures and miniature statues, ornaments, and jewelry. A Swarovski crystal ornament is a lovely keepsake. The company split into three major industries, including lead glass jewelry and accessories, Swarovski Optik, and grinding tools and machines. In 1935, Wilhelm Swarovski made a customized pair of binoculars, which led to the launch of Swarovski Optik that produces telescopes, telescopic sights for rifles, and binoculars. Swarovski entered the United States jewelry market in 1977. It is the highest grossing crystal business, with over 27,000 employees, and reported 2.6 billion euros in 2016.